We are all familiar with that text or email tone that interrupts a conversation, a thought, or even a peaceful moment of silence. For many, that tone sets of a series of actions – mainly, we stop what we are doing and divert our attention to the incoming message. In an age when nearly everyone has access to a device capable of messaging or accessing the internet, being plugged in means being in constant communication.

There are benefits to this instant and constant communication. For starters, the number of times I’ve left my grocery list at home and have needed to text home to ask for a picture of the list is uncountable. But what about the drawbacks? For teens and adults alike, having access to constant and instant communication comes at a price. Tasks, such as homework, take longer. A study conducted by Gloria Mark at The University of California, Irvine found that when a task is interrupted (whether by technology or another person), it takes on average 23 minutes and 15 seconds to return to the original task. In addition, constantly being interrupted is known to increase stress levels. Frustration increases and the mental effort given to a task diminishes. That math problem that requires analytical thinking now becomes an impossible feat.

Distractions and work output aside, being in constant and instant communication also has several negative social drawbacks. Because we live in an age when we have access to our friends at the touch of a button, we tend to expect a response instantaneously. When we send a message and don’t get an immediate response, anxiety and frustration can spike. Should these emotions arise for adults, we are likely able to manage them through rationalization and understanding. Teenagers and pre-teens, however, have a more difficult time understanding why a response is not forthcoming. In addition, when a snarky or otherwise hurtful message appears on a teen’s social media feed, responding immediately can cause permanent damage to a friendship.

TotallyRudeFriend: Ew. U look fat in that suit. Y would u post this picture? 🤢

TryingToBeAGoodFriend: So rude, TotallyRudeFriend. U think ur hot? Look in the mirror.

You may laugh at the corniness of this example, but comments like this happen every day on social media – but typically laden with expletives and harsh name-calling.

When xOBeachBumXo sees this exchange, she is likely hurt by TotallyRudeFriend’s comment. TryingToBeAGoodFriend attempted to stand up for her, but is only adding to the drama of the situation. If BeachBum responds the moment she sees the comment, the response will likely not be productive or useful to repairing any hurt feelings. Instead, it is important for her to be able to put the phone down, practice mindfulness, and process her emotions before responding.

Here is where the value of open and honest communication with a caring adult is paramount. Teenagers do not have all of the skills necessary to be able to navigate ugly conversations such as this one. Relying on an adult to support her and offer wisdom and insight is necessary for her own growth and emotional development.

How can you help your teenager practice mindfulness and resist the temptation to respond to every text/social media post immediately?

These are just a few simple tips that you can use to help your teen resist the urge to be in constant communication with their peers. Reach out to us at AIMEd to work with your adolescent or to set up a Parent Ed session at your school! 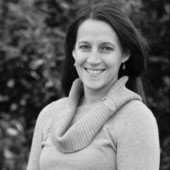 When #MeToo and #TimesUP Hit Home

Back in October, I received an email from my daughter’s gymnastics studio stating that a hidden camera had been recovered in the public unisex bathroom. It appeared that the camera was intended to send footage of young children using the toilet or changing for class to a nearby computer owned by a father of one…

When Over-Scheduling leads to Anxiety: Using Mindfulness and Self-Awareness to Help Your Child Through Tense Moments

Last week, we wrote about some signs of being over-scheduled – tiredness, avoidance of schoolwork, frequent illness, to name a few. While these signs can alert us to the need to slow down, they are also symptoms of anxiety. We’ve all experienced the telltale signs of anxiety – whether in the form of a serious…